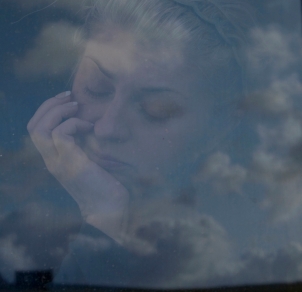 I am a  writer and filmmaker who was grew up in Shetland. My working life started at D.C.Thomson & Co where I worked on Jackie magazine. I left to study law at Dundee University and after a short career in politics I returned to writing and, thanks to an NUJ ‘Digital convergence’ course for washed up old journalists, I began making films. I live in Dundee.

In 2012-2013 I made Clavel, a film about James Robert Sinclair, a Shetland crofter I remembered from childhood and had always been fascinated by. You can see the trailer here. It has been screened in around 29 different festivals, halls, events and cinema clubs and is still being shown.

In October 2016 I became an SGSAH funded PhD candidate at Stirling University and Glasgow School of Art. The area of study is the nature, dynamics and ethics of the relationship between the documentary filmmaker and the person (or persons) they are filming. I will specifically be looking at this relationship through the work of the pioneer filmmaker Jenny Gilbertson and, in turn, will reflect on my own ethical practice.

Whilst making Clavel, I became very interested in the films Jenny Gilbertson. You can read more about her here but in what interests me about her is that she didn’t follow what everyone else was doing at the time but found her own way of filming which she drew from her friendships. She used film as a way of being with people and that’s what she wanted to share.

My Phd is practice-led which means I make a feature-length film and write a short thesis. My research will take me back to the places she filmed in Shetland and Arctic Canada to revisit the Inuit she worked with and explore the experience of an outsider filming their way of life. My Arctic research and filming is scheduled for June-December 2018 and you can find out more about here.

All the photos in this blog are mine except this one of me, with my head in the clouds. I have Nick Bruno to thank for that.